What the upsurge of Bitcoin represents for FinTech and Konzortia Capital

HomeUncategorizedWhat the upsurge of Bitcoin represents for... 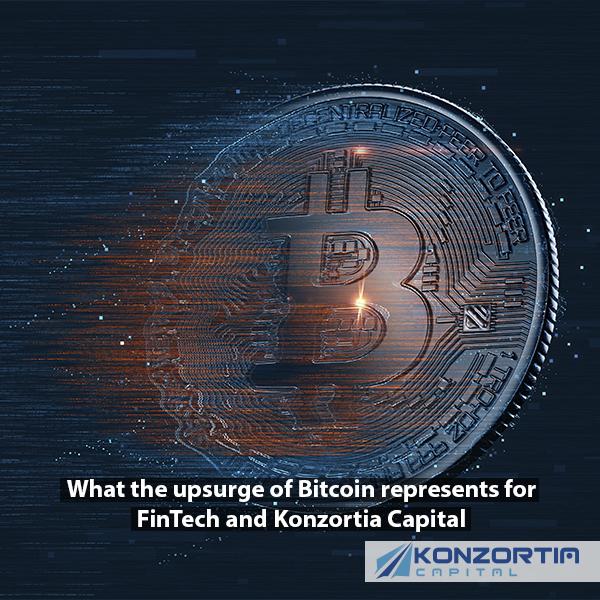 In recent days the Bitcoin has reached its highest price since 2017 despite the current year having been a relatively bearing period for the asset. This has many people claiming that we could be witnessing could be the definitive comeback for Bitcoin. Most experts, however, aren’t’ as enthusiastic, and remain skeptical about its viability as a fully-fledged and widely accepted currency. The JPMorgan CEO, Jamie Dimon recently stated that he’d like to be proven wrong about his stance on Bitcoin, having previously claimed that it was a passing fad. On the other hand, the CEO of DoubleLine Capital Jeffrey Gundlach maintains his stance, labelling it as “a lie”.

The truth is that this new upsurge of Bitcoin is merely the result of some people looking for a safe haven to protect their money from the inflation caused by the monetary measures taken by governments to incentivize demand during the pandemic. One example of this were the billions of dollars issued by the US Federal Bank mere months ago, which have led to the value of dollars decreasing while assets like gold and cryptocurrencies grow.

Despite this being a highly positive sign for Bitcoin speculators, it is not by any means a sign of Bitcoin being widely adopted by retailers and institutions any time soon. If anything, it further proves why it’ll never be anything other than a gambling-like tool for financial speculation. The fact that the price of Bitcoin increased 15% in just one week in the middle of November is a testament to its high volatility. For something that intends to be a currency, this is not a positive sign at all. This value could just as easily fall as it has increased, and for retail sellers, investors, institutions and whatnot, having a currency that is worth something today and could be worth something entirely different in a few days is simply not viable.

Even the most stable currencies have some degree of volatility, with values that can change gradually over time. Bitcoin, however, not being backed by any tangible assets nor having any sort of centralized processes or entities to control liquidity, simply does not meet the requirements of a fully functional currency, which should serve as a measure of value, rather than having its own value constantly changing.

Despite serious downsides that prevent Bitcoin from ever becoming a true currency with widespread mainstream acceptance, there is no denying the potential of the technology that underlies it. There is a reason why blockchain has had the eyes of mayor banks and financial actors for years, with even some governments and central banks experimenting with its use. It is but one of various types of systems within the world of distributed ledger technologies. If properly employed, these technologies could change the fate of the financial world, automating complex processes like settlements and contract making and possibly saving unimaginable amounts in transaction costs. The capacity to truly harness the potential of distributed ledger technologies, however, remains to be seen, and that is the objective of Konzortia Capital as a company.

Benefits of Investing in the Private Market

How does a Venture Capitalist make Decisions?