The need for a New Asset Class 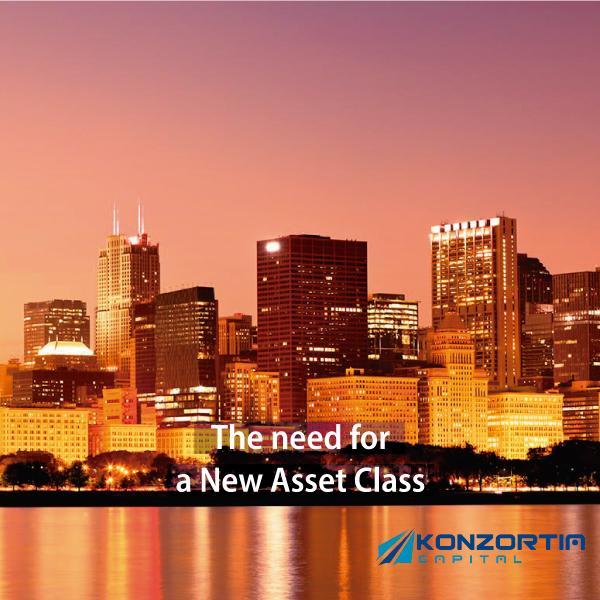 In the last few years there has been a surge in financial technologies. Companies of all sizes, from startups to well establish giants of the financial services, have been exploring new ways for people to move their assets and place their capital. Perhaps one of the most innovative breakthroughs in financial technologies has been the development of distributed ledgers and blockchain systems, which allow for transaction settlements and verifications to be carried almost automatically using nodes, saving transaction costs and times. Such technologies could be an alternative to the global SWIFT system which, although revolutionary in its moment, still requires bank chains which make transactions slower and more costly than they need to be.

Despite how amazing distributed ledger technology (DLT) is yet to live up to their full potential. The creation of the first cryptocurrencies back in 2009 was a rightful motive for hype. It was believed that the Bitcoin would soon replace traditional currencies, raising the interest of companies, governments and traders. After more than a decade however, this doesn’t seem any closer to being reality. Many enterprises have made their own ventures into the uncharted territory of distributed ledgers and blockchain-based assets with varying degrees of success, but none of them have made the revolutionary breakthrough that DLT can achieve. The Ripple network with its XRP currency has been the host of countless transactions and the Ethereum platform has paved the way for the creation of many interesting applications employing the Ether crypto. Nevertheless, it’s not quite common to hear a person talking about how many Ethers they spent in their last grocery shopping session, or how much XRP their last Christmas present for their children cost them. As amazing as digital currencies are, most of them remain as little more than tools for monetary speculation.

It is not hard to understand why digital currencies are the next step in global financial development, or in which ways they could make life a lot easier for the majority of people. So, the question as to why they haven’t been fully implemented begs to be asked. Some might argue that the technology simply isn’t there yet, or that governments are to blame for not fully embracing progress. But although there is some degree of truth to both premises, they’re not the center of the issue. DLTs have been successfully used for payments and transactions, and if its use became truly common governments would have no choice but to properly regulate and implement them. Furthermore, some countries like Canada, Singapore, Australia and China are already exploring ways to make them an integral part of their financial systems. The core of issue is that currencies, whether they’re physical or digital, cannot come out of thin air, there must be something that backs them up, as well as a way for them to remain stable in terms of their value and liquidity. Therein lies the challenge of creating a truly decentralized digital currency that doesn’t become a mere speculative tool.

If distributed ledger technologies are to be fully embraced, there needs to be a digital asset that acts not just as a currency nor simply as a security token, but as something different, a New Asset Class that could be used as a transactional currency while also representing something tangible and valuable. To truly revolutionize the financial markets, this New Asset Class would need to be integral, enabling not just the possibility of making secure global transactions in real time but also of making real investments on a global scale within a truly decentralized technological infrastructure.

This is what Konzortia Capital intends to bring to the table with its New Asset Class Koura, which will operate across its three FinTech companies, Novabank, InveStart and Capitalista. Koura will work as the transactional currency for the companies’ services. Users will be able to make real time global transactions at no cost using Koura in Novabank’s platform. At the same time InveStart’s services will allow small businesses to be funded by users with Koura regardless of their size, location or jurisdiction. Although Koura acts as a transactional currency, it also represents 99% of the equity of Konzortia Capital, which ensures its value as something tangible and meaningful. Furthermore, using Capitalista, companies will be able to issue their own equities as digital stock-like liquid assets with similar properties to those of Koura, which will then be traded within a new global market index called the New Asset Offering (NAO) which will be the first truly global alternative to the stock markets. This integral distributed ledger ecosystem is meant for the whole financial industry to operate, eliminating frictions and obstacles. Due to its innovative design, Koura has the potential of being the New Asset Class that truly revolutionizes the financial markets as a whole.