FINTECH DIGEST: Is Staying Ahead of the “Adoption Curve” Necessary for Disruptive Growth?

Whether you are aware or not, adopting new technologies takes time.

For instance, in America during the 1960s people were rejecting government jobs and were still more interested in farming. Or another example would be how during the 2000s very few people were actually investing in the marketing industry as a whole.

Even if it’s hard to believe, this is a standard and old occurrence named the “adoption curve.”

In essence, the adoption curve is a theory explaining the period required to reach the acceptance of a new industry or innovation. It comes from “The Diffusion of Innovation Theory” first hypothesized by Everett Rogers in 1962 detailing how the adoption of a game-changer technology or its products, takes root in society through different segments of a population.

While there may not be a direct relationship, investors can certainly take certain cues from the adoption curve and how it can affect their ventures and stock portfolio. Even more so if you’re looking at disruptive technologies, products, and ideas.

These tend to follow an ‘s’ shaped adoption curve with five stages.

This curve can be influenced by a variety of factors, like the speed of technological advancements, its cost-effectiveness, necessary licensing/regulations/testing, its direct competitors, and even social perception. For some projects, this curve never gets to become an ‘s,’ since technologies often fail to make it past the first two adoption stages, regardless of its superiority as a product, idea, or project.

This adoption curve generally follows a bell-shaped curve trajectory, but like we said before, this behavior does not apply for every technology. In practice, the s-curve prediction has held up. And even if not all products or new technologies follow the same shape, historical adoption patterns for disruptive technologies have generally followed it.

Regarding disruptive technologies and industries, such as fintech, in this curve you can observe the type and percentage of a population that embraces new ideas until they’re an intrinsic part of a society through five stages.

Within these five stages to technology adoption, innovators are the absolute first investors in a new product, even though they make up the smallest market share and only the 2.5% of the population. Generally, more educated, and risk-oriented, with a high financial status and enough ego to have a strong desire of being trendsetters, innovators pave the way for new ideas and end up creating emergent industries.

In summary they push forward innovation.

Their high financial status, which in turn grants them access to more liquidity, comes in handy when coping with the risks of failures. Innovators don’t have a lot of far reaching influence; they’re just the rich people that invest in new ideas. Even then, the social impact these individuals have is a great one. Therefore, their limited contacts, which include highly resourceful people and other innovators help them in new ventures. They prefer to try to push for innovation and fail, than operate within the status quo.

These are the intrepid individuals who see opportunities before they are there, willing to experiment and take risks to change the current trends.

They start the adoption curve for every venture, industry, or product there is.

After them, the innovation begins to gain traction and spreads exponentially to a segment of the population that’s still in the spectrum of visionaries, the early adopters, who consists of 13.5% of the population. Young, educated, and most often than not, they tend to be community leaders. As with innovators, early adopters are also risk takers and have a high social impact.

They are called the movers and shakers because of their significantly reaching social influence.

They influence through advice and information, and they’re highly sought out by other innovation adopters and need to be critical of new products to maintain credibility. They would be the buyers of the first Tesla Roadster, or in an unsuccessful project like Google Glass.

As a result, manufacturers tend to cater to them by making new products and services under luxurious design guidelines that vocalize their potential, or by adapting to the opinions of the early adopters at the beginning of a new idea or project’s life cycle.

You can say that even if they don’t create innovation, they get the ball rolling.

After innovators and early adopters enter the picture, you have the early majority. This is the part of the adoption s-curve where the slope is the steepest and the rate of adoption is the fastest. They take slightly longer to enter the adoption curve, but have a higher adoption than the previous two combined; reaching an approximate 34% of the population.

Curious individuals who weigh the pros and cons of a product before opting in, they are cautious with their time and money but still open-minded, and they generally take the opinions of early adopters into consideration.

They’re not afraid of change but they don’t go out there searching for it either.

The fourth bracket will lead us to the late majority, as the adoption continues growing at a solid pace. This 34% will help make the technology appear seemingly almost everywhere.

They’re a risk-averse and skeptical population who embrace new ideas only after seeing the majority embrace it too.

They’re heavily influenced by the education system and only adopt new products or ideas once they’re introduced in education. They are mostly closed-minded and avoid change as long as they can. This makes them form a perception without understanding the new idea or the innovation behind it.

They become adopters only after being convinced by trusted family or friends. And it’s at this point that the diffusion of innovation is complete—a new norm has achieved dominance in society.

Lastly, you have the laggards. To illustrate, these are the type of people that started using feature phones only after rotary phones weren’t available anymore.

Laggards are stuck to traditions and are always the last to adopt an innovation.

They don’t think big and feel content with their lives. This actually makes them adopt the innovation when it has already become obsolete, and in turn, face loss every time they invest in change.

They are not only close-minded but also suspicious of innovations, innovators, and adopters. But, by this point, sales growth has topped and virtually the whole potential market for a product has been captured.

You can see now that the relationship between the adoption curve and stock prices is not always a direct one. Like we said before, many factors can influence the outcome, such as companies taking losses to build market share, competition, or untested business models.

But in general, the adoption curve noticeably precedes revenue growth. Get in early on the right project and cash out big time afterwards.

You don’t want to be a late adopter or a laggard since your investment in change will always yield a loss.

For growth-seeking investors, it is often believed that finding tech that is somewhere between the early adopters and early majority stages is the “sweet spot.” But, the key to effectively using the adoption curve is to ultimately land yourself in the innovator’s chair.

Since not only do they drive change, they also profit greatly from it. Sometimes, investing as an early adopter can become an entry point to a new unknown industry that will allow you to build your know-how relatively safely until you find the next big breakthrough for a more aggressive profit.

In this range, and in an industry like financial technologies, growth potential is at a maximum high and accelerating, but the industry as a whole has undergone some level of vetting and has proven itself to a meaningful portion of the population.

So, you have to look towards emerging innovations within the fintech market and delve deep until you find the right opportunity that’ll let you stay ahead of the adoption curve. This industry aims to be a breeding ground for innovators.

At least, with the dawn of blockchain, it has proven itself to be the perfect environment for teams of likeminded passionate, driven, and capable peers to get new and groundbreaking ideas to fruition.

It is these ideas that have affected the way payments are processed, money is transferred, and everything that has to do with an innovation in finances through the use of technology.

And it’s right in this industry that a revolution is taking place: payments, investing, venture capital, remittance services, and trading are changing. Even equity is evolving and a world-changing innovation is brewing.

There’s a new asset class that has been created by a consortium of fintech companies. It’s very similar to publicly traded stocks as it is a liquid instrument, but it’s also backed by real assets: equity of this holding company.

This is the right opportunity to invest in the evolution of the fintech industry. If you want to find out how this company is revolutionizing financial markets, be sure to follow the link below. 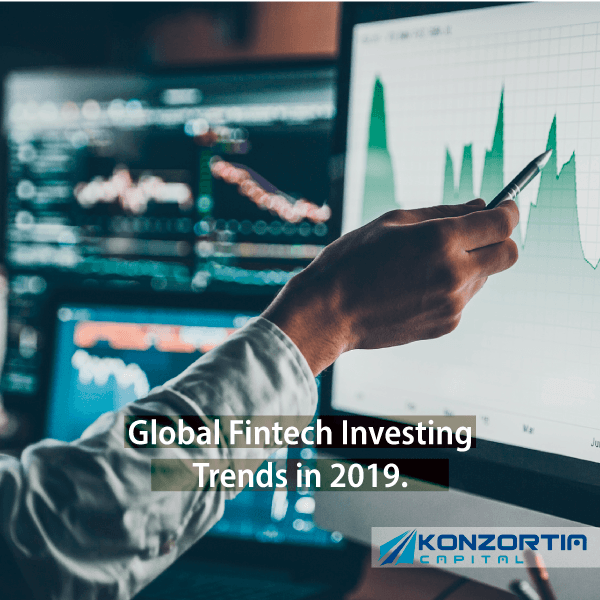 FINTECH DIGEST: Global Fintech Investing Trends We are now over a decade into the third era of FinTech innovation which rose out of the fallout from the 2008 global financial crisis and the dawn of the smartphone. Since those times, the fintech industry has evolved a great deal over the years and its ecosystem continued [...] 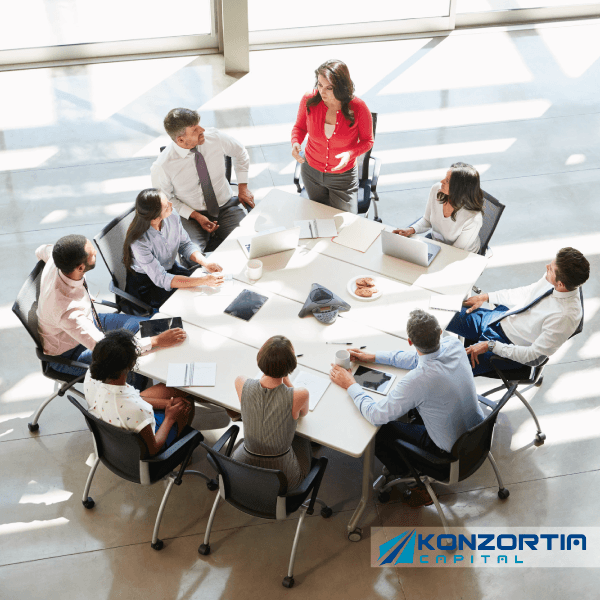 A Consortium Of Fintech companies Is Looking To Revolutionize Financial Markets

A Consortium of Fintech Companies Is Looking to Revolutionize Financial Markets As big as the world gets and as connected as it now is through globalization, there is still significant untapped market potential coupled with day-to-day hurdles that hinder advancement even further from taking advantage of recent breakthroughs in the fintech industry. A widespread reinvention [...]