BLOCKCHAIN NEWS: Why is Bitcoin not a viable investment?

HomeBest InvestmentsBLOCKCHAIN NEWS: Why is Bitcoin not a viable... 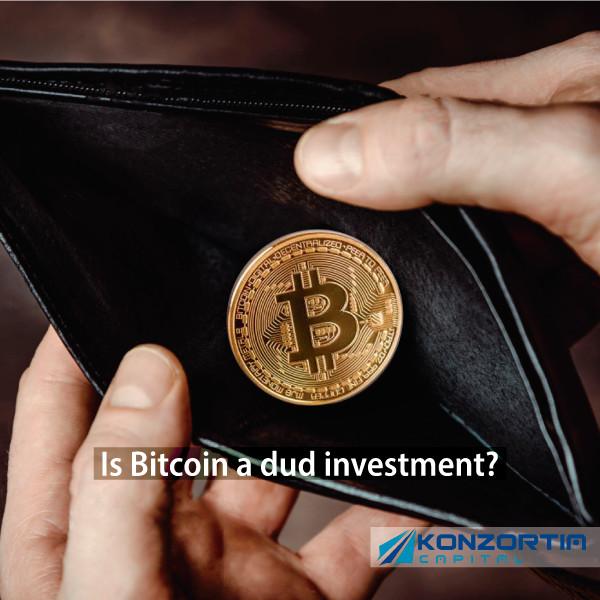 Bitcoin is considered the first of many cryptocurrencies and the tool responsible for the advent of Blockchain technology. It’s an understatement to say that what started with Bitcoin’s adoption has changed everything for the FinTech sector. Born as an alternative currency apart from the current banking system, after its many years of conception, Bitcoin´s uses have remained mostly the same.

The most popular of cryptocurrencies certainly has enticing advantages that has helped it becoming a dominant force on the trading landscape. And when viewed as an investment, it offers some portfolio diversification, allows hedging against inflationary fiat currencies, grants the ownership of a censorship resistant asset, offers great privacy and is incredibly secure.

And adopting an index fund as your crypto investing strategy allows you to build low-cost, transparent, rule-based portfolios that have been designed to track the performance of the entire market.

The thing is that the PROS of Bitcoin are not necessarily exclusive of the cryptocurrency and its CONS are certainly significant. Additionally, the fact that its market was on a recent tear reminiscent of the 2017 bull market, can inspire a “fear of missing out” leading to an investing frenzy for all the wrong reasons.

Bitcoin is an extremely volatile cryptocurrency. It’s not the kind of asset that’ll dig you out from debt with a well-thought out strategy, since it’s possible that its market nose-dives for the next years. You also have the added hurdle of the ruthless efficiency of financial markets and traders are constantly seeking new and improved strategies regardless of the asset.

When it comes to trading, this is not an easy, nor relaxed opportunity to make money.

When talking about investing, you’ll find nothing but slim pickings here.

Why? Well that’s due to being relatively easy to get lucky in the short-term but extremely hard to stay lucky for long given the afore mentioned volatility.

Another flaw on Bitcoin’s model is that it’s basically trying to disrupt existing financial networks that mainly remain centralized, such as fiat currency networks and human organizations. But the pace of disruption is dictated by society and in this case its economic need.

Only the ability that an asset has to integrate itself within these social and economic properties of a local or global network will determine whether it is successful. With Bitcoin, it took the existing cryptography technology and adapted it into an application with financial motivations for its users, allowing it to grow in value as its network grew larger and more present.

After that, new technologies came to try and make Bitcoin’s blockchain scale faster and reduce the operational cost without taking into account that the model didn’t have the necessary scale to be seen as a need and drive a mass adoption.

One of the most pervasive reasons for this staleness is the speculatory nature of Bitcoin as an asset. Warren Buffet already said it “If you buy something like bitcoin or some cryptocurrency, you don’t have anything that is producing anything. You’re just hoping the next guy pays more. And you only feel you’ll find the next guy to pay more if he thinks he’s going to find someone that’s going to pay more.”

With Bitcoin, its price is solely derived from the supply & demand dynamics in the market. Its future price entirely dependent on what others will buy it from you at. No fundamentals, even some have tried to create valuation models. Any kind of meaningful consensus is still very far away and therefore, these considerations are never factored into the market.

And the last reason Bitcoin is not a viable investment tool is the misconception regarding its liquidity. Yes, it´s highly liquid when traded for other cryptos, but exchanging it for fiat always takes longer than you think. The process is not as fast as it should be and you still can’t buy goods & services without dealing with a fiat-crypto exchange.

Combine this last one with that serious volatility we were talking about earlier, and you can have a transactional currency that goes down as low as 20% in a single day. This can also lead you, as an investor to fall into a sunk cost trap making you wander if it’ll bounce back.

So, is Bitcoin, Blockchain and crypto altogether a doomed experiment? Well it’s not that simple.

Like we said in the beginning, blockchain has changed -up to a point- the FinTech sector into what it is today and its ever-growing integration within and outside the industry is a testament to its feasibility as a technology.

And even if none has achieved total domination and ousting fiat currency, there is a project out there that understand that the future doesn’t lie with mindless disruption, but with an integration of the best current financial system has to offer and a new asset class that pushes the boundaries of what’s currently known by circumventing the limits of the rest of the investment and trading tools available.

This new project comes by the hand of a holding company of a FinTech consortium named Konzortia Capital, and its new asset class, Koura, aims to redesigned the financial world with a smart and truly borderless platform that will advance the venture capital, trading, investing and banking world creating a new order.

A financial order encompassing the best of the past without its limitations and with new ways, avenues and stages for the sophisticated, visionary investor of tomorrow.

It’s certain that this is an opportunity not to be missed, so we won’t spoil you the details. You can become a part of the future of finances by following the link below and seeing for yourself how they’re going to change the game, forever.