BLOCKCHAIN NEWS: ICOs VS STOs? That’s the past. It’s time to embrace NAO 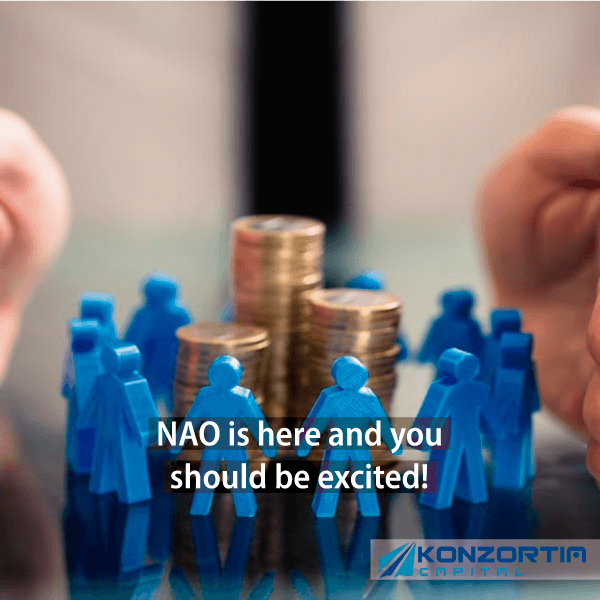 An ICO, as you may already know, stands for ‘Initial Coin Offering.’ A method to raise funds where a blockchain-based company sells their tokens with the promise that it will have utility in the future. A company conducting an ICO sells its tokens with an intent of distribution. What’s commonly called, a utility token.

With a utility token you gain access to an ICO’s platform and you use it to spend it on said platform and its offered services. For instance, an online video game service that lets you play once you pay a certain number of tokens that you previously bought, before or after the project’s ICO. Ergo, is a closed environment transaction tool. They merely enable users to interact with a company’s services.

ICOs were raising billions and billions of dollars back in 2017 and early 2018. But, a significant number of these have simply failed to deliver due to their inability to stay solvent during this year’s bearish market. Needless to say, many ICO investors have grown angry and skeptical of them, as a whole. Leading them to be regarded as shaky financial instruments, since there’s no certainty that the tokens you buy during an ICO will have any value whatsoever. Thanks to this speculative nature during such an early stage ICOs have gotten into some hot water by the SEC.

Participating in an ICO is practically buying hope and, many of them, are a whole lot of nothing. This is why almost all ICOs in past year have not allowed Americans to participate and thus avoid any legal nuisance.

Now, Security Token Offerings or STOs were adopted as the new, legitimate way to crowdfund projects on the blockchain. This is because, instead of offering utility tokens they’re offering securities in exchange for funding.

A security token is one that’s backed by real world assets, therefore subject to federal laws that govern securities and it’s intended to represent shares of its issuing company, this type of token only function as saving instrument since it pays some form of dividends in the form of additional coins every time the company issuing the tokens earns a profit in the market. They are investment tools and users holding them also get ownership of the company, thereby instilling more confidence in investors by minimizing risk.

Think of a regular crowdfunding or venture capital process and now imagine if that same concept was tokenized. Instead of representing the company’s equity the old-fashioned way, you would be allocated a number of tokens which represents shares. Tokenized securities, in effect, grant ownership to investors. And in some cases, they’re not just equities, they can also be real estate or financial derivatives. Even though, STOs are the SEC-friendly, legally-compliant, licensed version of an ICOs which protect buyers against scam, they don’t offer much more than an investment tool.

Well, NAO stands for New Asset Offering and it’s very similar to the process where a company goes public in an Initial Public Offering (IPO) but utilizing a New Asset Class created by a holding of a FinTech consortium, Konzortia Capital. NAO is a brand-new funding model that is looking to revolutionize the traditional financial market.

But, to fully understand how NAOs work, first we need understand Konzortia Capital’s revolutionary type of token. Like we said, a New Asset Class that you can use as transactional currency within the platform’s applications for crowdfunding, trading, global banking and also as a saving/investment instrument that gets yearly dividends since its backed by shares of the holding and the FinTech companies of the consortium that have been developing these revolutionary blockchain applications. This amazing asset is called Koura (KOU) and it utilizes the Ethereum platform for its development. Ethereum is an open-source programming platform designed for distributed ledger keeping, as well as smart contract capability. With the use of Ethereum, a proof-of-work algorithm is also enabled, and the inclusion of proof-of-work and proof-of-stake in the Koura platform enhances the level of security available for its users.

Koura, the first of this new asset class or NAC, is an ERC-20 reward, which means it is an active contract that implements the ERC-20 forum requirement. The Koura allocation uses the active smart contract standard which ensures that all token allocation remains unchanged.

The NAO, which is very similar from an initial token offering has been created taking into account hard time raising capital that startup companies and projects in general have had, the lack of safety that ICOs have provided so far and the lack of utility provided by the assets offered in STOs. What truly makes NAOs different is the fact that they’re backed by NACs, such as Koura, which combines the liquidity of a publicly listed company stock and the benefits of a private company equity.

These newly created assets will be issued for any company that wants to embrace this new and revolutionary crowdfunding model, using Kouras as the base currency, until they become a successful NAO. This sounds amazing, doesn’t it?

This is exactly what Konzortia Capital is offering with NAO and its Koura asset. With Koura, you get all of the advantages of a security token without the limitations and on top of that you get all the functionality of a utility token: virtually no drawbacks. And with NAOs, you get the benefits of both ICOs and STOs without any of their downsides.

This company is rapidly growing as well and making their presence known all throughout the financial and cryptocurrency world right as we speak. Konzortia Capital has a bright future ahead, with a great team of experts who are extremely passionate about their work and about the groundbreaking vision they’re creating.

In fact, getting in on Konzortia Capital new asset offering is extremely important for any investor looking to get in on the ground floor of the next technological breakthrough.

Konzortia is poised to possibly become the greatest company of the 21st century by birthing Koura, the currency of the future and NAO, the crowdfunding process for a new form of stock-like liquid tradeable instruments expanding the investor’s reach beyond their currently localized markets.

This is the rare opportunity to participate in a highly profitable and liquid instrument of a cutting-edge disrupting fintech company. Click the link just below and join Konzortia’s bright future ahead, today.